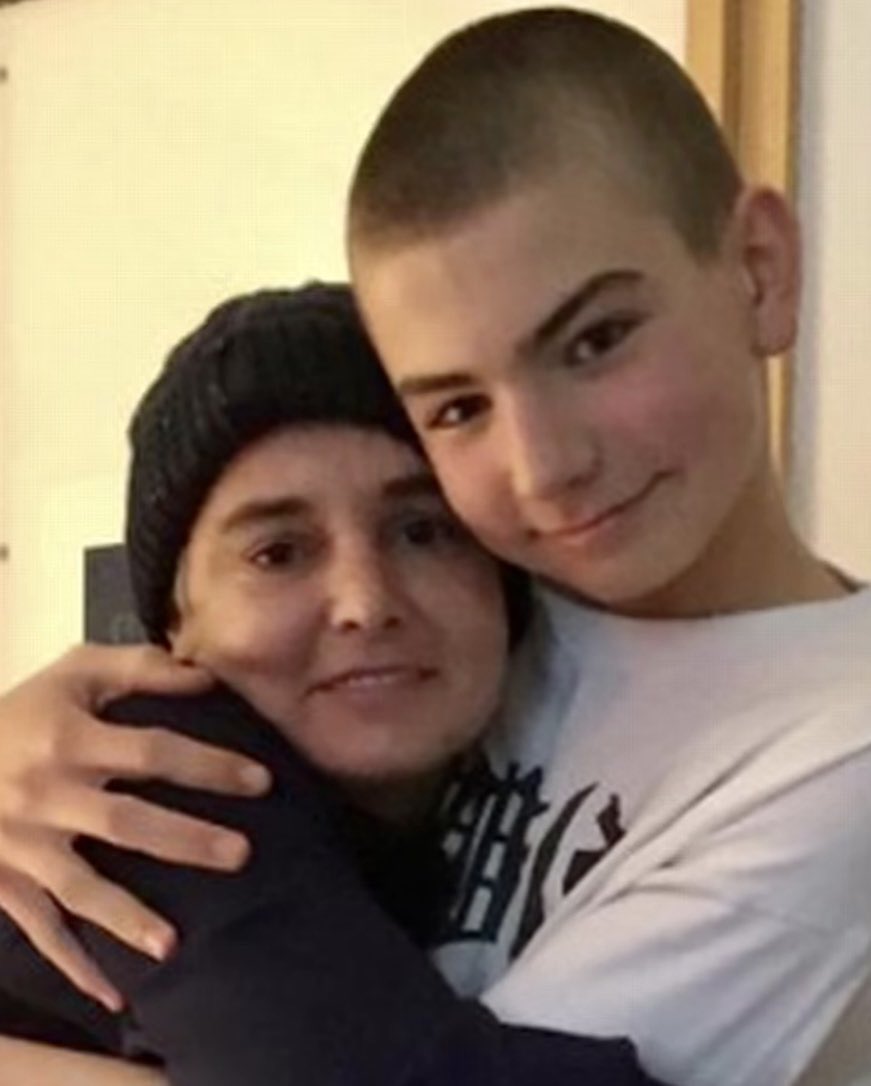 Sinead O’Connor’s son reportedly took his own life on Friday. It appears he was under suicide watch in an Irish hospital one day before he died. It appears he had went missing prior to the suicide.

The day before the body was found, Sinead wrote , “Like, how has a seventeen-year-old traumatised young person WHO WAS ON SUICIDE WATCH in Tallaght Hospital’s Lynn Ward been able to go missing???”

She went on … “Hospital of course so far refusing to take any responsibility. Anything happens to my son on their watch? Lawsuits.”

Heartbroken for Sinéad O’Connor on the tragic loss of her beautiful boy Shane. Thoughts and prayers are with Sinéad and Donal Lunney at this devastating time. Hug your loved ones tonight , hold them tight and never forget how fragile life can be. RIP Shane 💔 pic.twitter.com/aLxU6eqhwL

The Ireland Police issued this statement … “Following the recovery of a body in the Bray area of Wicklow on Friday, 7th January 2022, a Missing Person Appeal in respect of Shane O’Connor, 17 years, has been stood down.”

My beautiful son, Nevi’im Nesta Ali Shane O’Connor, the very light of my life, decided to end his earthly struggle today and is now with God. May he rest in peace and may no one follow his example. My baby. I love you so much. Please be at peace:

Confirming the death through her rep O’Conner stated: “My beautiful son, Nevi’im Nesta Ali Shane O’Connor, the very light of my life, decided to end his earthly struggle today and is now with God.”

Sinead O’Connor is a musician and vocalist from Ireland. She has been singing since she was four years old. She grew up in Dublin and began her music career when she became a member of the band, The Virgin Prunes at age nineteen. For many years, Sinead was married to John Reynolds which should be her last husband before declaring that she was no longer interested in men or marriage.

She continued to pursue her solo career until 2000 when she left Universal Records, then signed with MCA Records in 2002. One of the albums that Sinead has released is Loveless Fascination where it includes folk songs with some country influences too. This album features the song “The Crying Game”

The news has devastated the 55-year-old singer, who referenced a Bob Marley song … “This is for my Shaney. The light of my life. The lamp of my soul. My blue-eye baby. You will always be my light. We will always be together. No boundary can separate us.”

Our heart goes out, RIP Shane