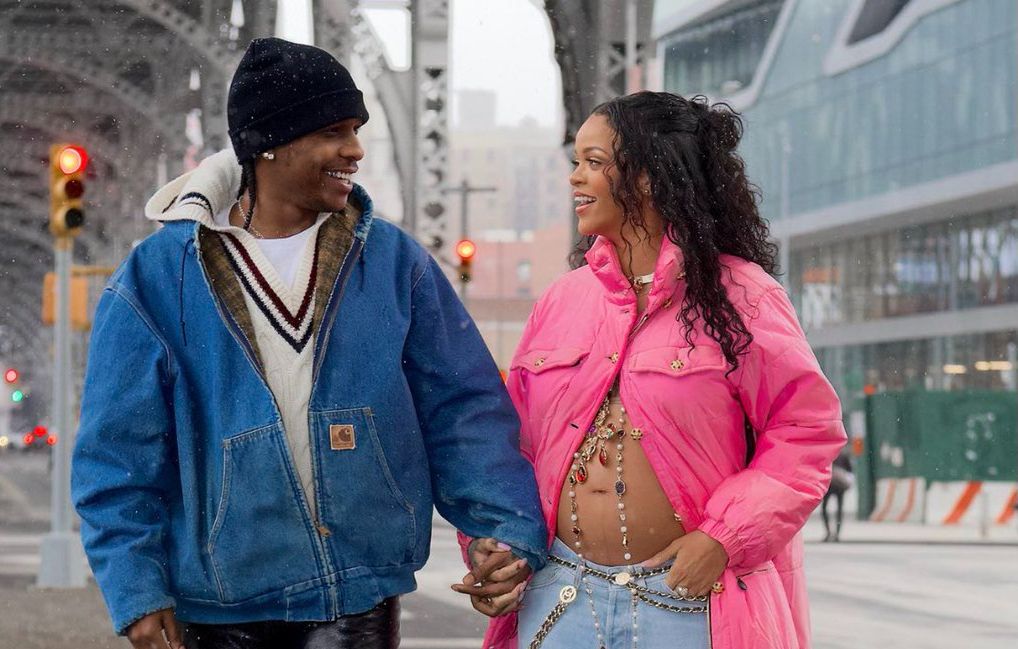 Big news today! Rihanna and rapper A$AP Rocky are having their first child, and they couldn’t be more excited to flaunt it!

In Harlem, they were a picture of radiance (his hometown). With a gold cross and a few jewels lying on the tummy, her clothing perfectly complements the pregnancy announcement! They didn’t stay out very long because it was quite chilly when they arrived back at their apartment.

A long, hot pink puffer coat with only one button snapped on top of long, ripped leggings showed off Rihanna’s growing baby bulge in a number of images. Her neck and waist were encircled with chains.

He was dressed in a jean jacket, sweater, leather pants, and even a knit cap, which made him look a little more cozy as he held her hand and even kissed her forehead in a few photos.

🚨 FENTY BABY IS OFFICIALLY ON THE WAY 🚨

rihanna and a$ap rocky are expecting their first child together 😭 pic.twitter.com/UuwXwARgPZ

In the end of 2020, they started dating and have been inseparable ever since… they’ve known each other forever After her breakup with Hassan Jameel, People reported that the two were seen hanging out quite a bit, and rumors about the now-lovebirds flew about.

After joking about it at first, he subsequently became more serious about the prospect of fatherhood.

“I think I’m already a dad! All these m— are already my sons — whatchu talkin’ ’bout!,” he said. “Nah, but like, I think I’d be an incredible, remarkably, overall amazing dad. I would have a very fly child. Very.”

Let us know your thoughts on the baby on the way in the comments below.