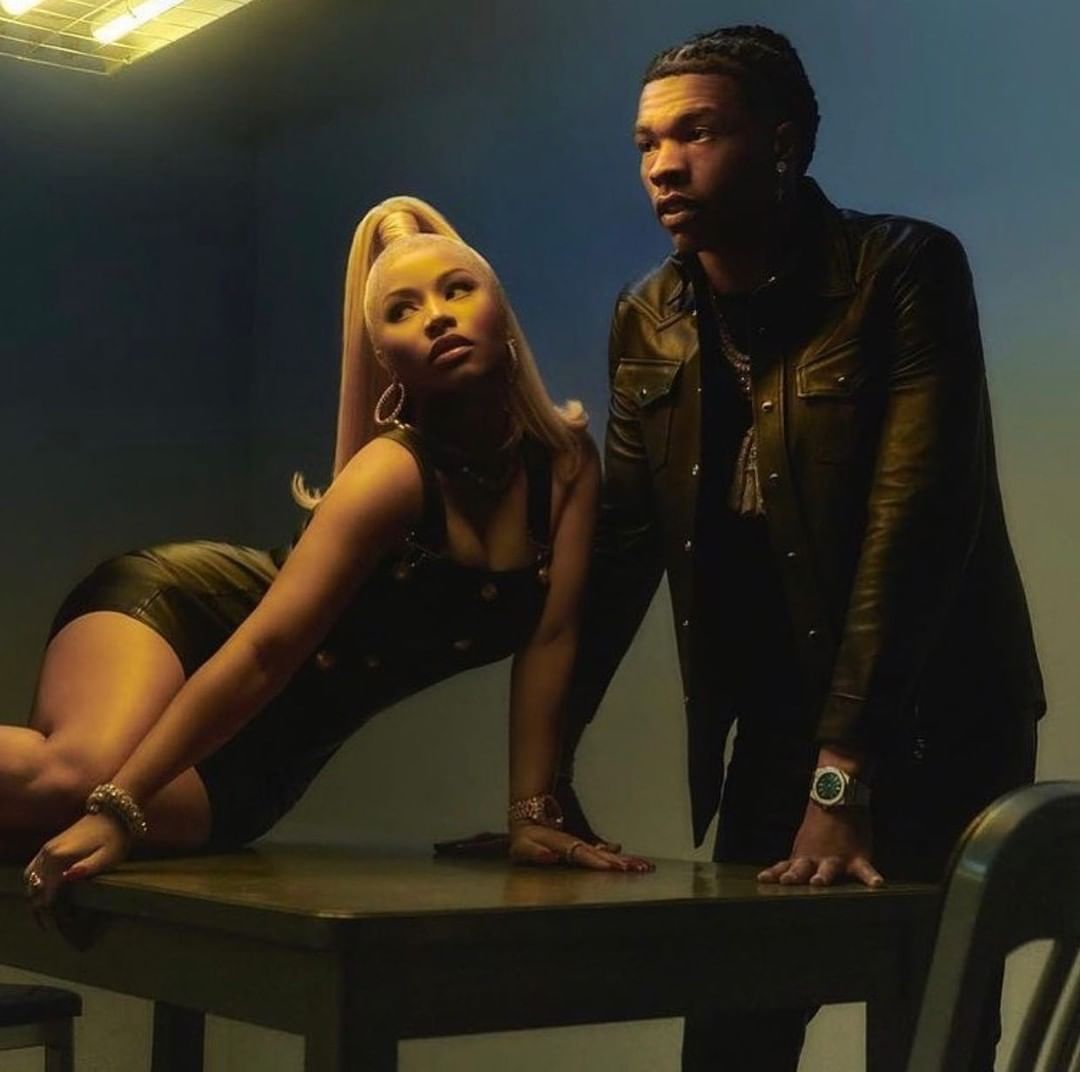 This is according to a security guard at one of Nicki Minaj’s concerts who claimed that Kenneth Petty approached him and punched him backstage.

A lawsuit filed by Nicki’s former security chief claims the rapper was enraged when a male fan was allowed onstage during a concert in Germany in March 2019. According to documents first acquired by TMZ, Thomas Weidenmuller claims Nicki videotaped herself yelling at a female security guard and called her a “f**king bitch.”

According to Weidenmuller, the security guy was inconsolable after the incident, so he intervened and went to talk to Nicki. Nicki allegedly yelled, “Who do you think you are?” and hurled her shoe at him, according to the lawsuit. He claims that her aim was wrong and that he was unharmed as a result.

Then Nicki invited him back to her room for another talk, and he claims that Kenneth supposedly came out of nowhere and hit him squarely in the face, breaking his jaw.

Evidently, Kenneth is a savage fighter… After eight surgeries to correct his jaw, Weidenmuller now has five plates in his face and says he will need an additional six operations to get it back to where it should be.

As a result of the incident, he has been forced to pay thousands of dollars in medical expenses. However, we haven’t heard anything from Nicki’s camp yet.

‘Nicki Minaj’ is the stage name of Trinidadian-born Onika Tanya Maraj-Petty who is also a rapper, singer, and songwriter.

Versatile artist, dynamic flow and lyricism, alter-egos and accents: these are only a few things she is recognized for.

She is well-known for her fast-paced rapping technique and her controversial lyricism. To go along with her outlandish musical style, she adopted a provocative stage presence that included bright wigs and risqué outfits.

Read: What You Need to Know About Paris Fashion Week

New York City-based rappers were Minaj’s first clients, and she began her career as a backing singer. A local record label discovered her work after seeing videos of it on her Myspace profile. One of the earliest mixtapes (recordings) that Lil Wayne collaborated with Nicki Minaj on came out in 2007, titled Playtime Is Over. After releasing a number of mixtapes, Minaj’s popularity soared, and she was crowned Female Artist of Year at the Underground Music Awards in 2012.

Young Money Entertainment, Wayne’s company, signed her in 2009. She debuted at the top of the Billboard 200 chart with her debut album for Young Money, Pink Friday (2010; platinum). It had graphic sexual lyrics, which were prevalent in Minaj’s music, and she relished the shock value of it. It also highlighted her love of the color pink, which she used to mark her albums and later commercial goods like her Pink Friday perfume and Pink Pill speakers. Her Pink Friday perfume is still available for purchase.

Among the tracks on Pink Friday: Roman Reloaded, which was published in 2012, was “Starships,” which became a massive smash. The next year, Minaj joined the panel of judges on American Idol, a singing reality show. With her harsh, opinionated judging approach and frequent spats with fellow judge Mariah Carey, she became a lightning rod for controversy. Minaj departed the show after one season. In 2013, she also broke the record for the most Billboard Hot 100 chart performances by a female rapper, with 44. In 2014, she released her third studio album, The Pinkprint. Breakup tracks like “Anaconda,” a return to her earlier hip-hop flair, were sprinkled throughout the album. Eminem and the Weeknd were among the artists who collaborated on Queen (2018).