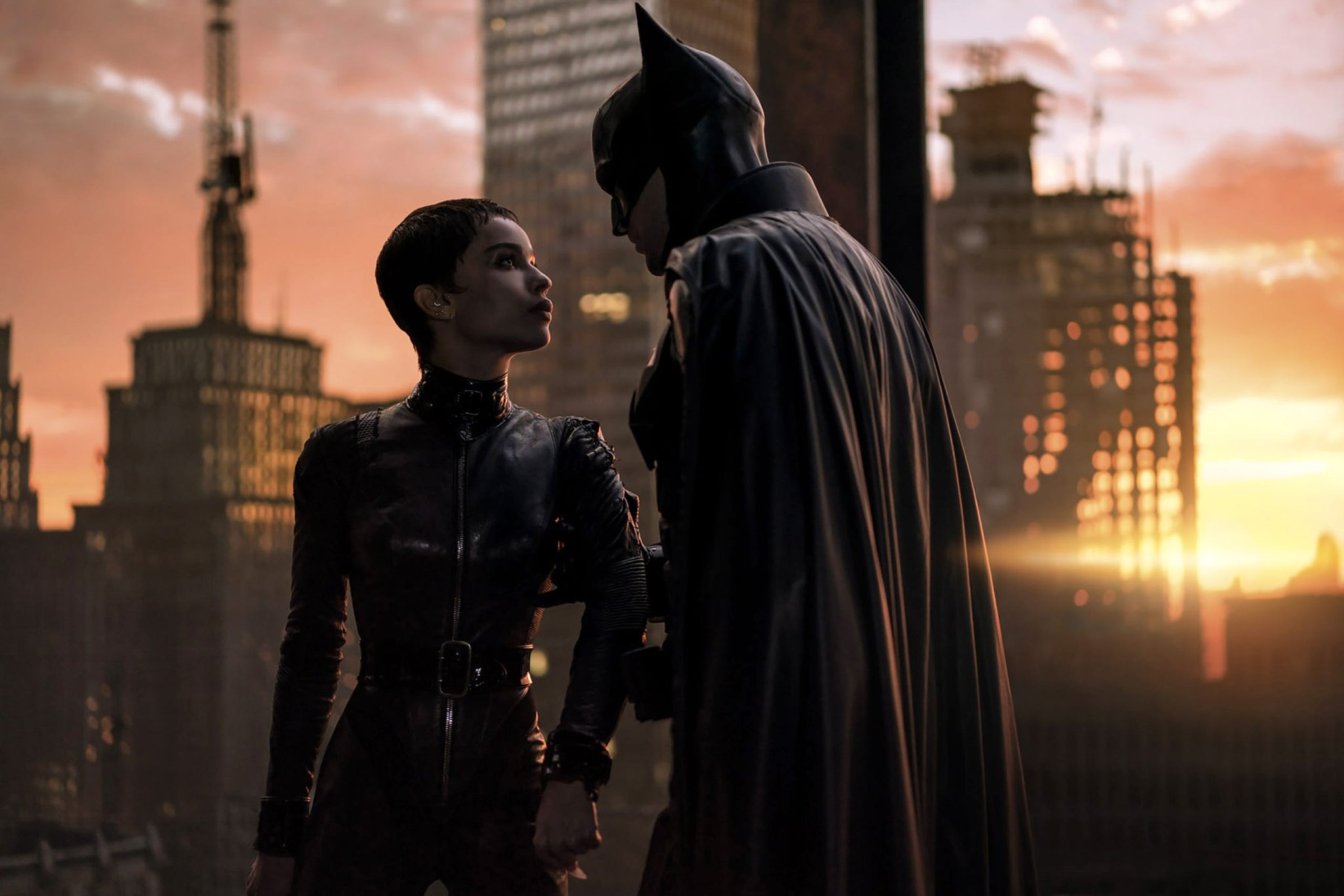 Today we got a new teaser from the upcoming Bat and the Cat film from DC with a new still image from the film. I know we are excited about this upcoming film so let’s review what we know so far.

The Batman is an upcoming superhero film based upon The DC Comics character Batman. It was produced through DC Films, 6th & Idaho as well as Dylan Clark Productions, and scheduled to be distributed through Warner Bros. Pictures, it is an adaptation from The Batman movie franchise.

The film was produced by Matt Reeves, who co-wrote the screenplay together with Peter Craig. The film features Robert Pattinson as Bruce Wayne Batman and along with Zoe Kravitz as Catwoman. Other notable actors include Paul Dano, Jeffrey Wright, John Turturro, Peter Sarsgaard, Andy Serkis, and Colin Farrell.

The film is set in the two-year stint fighting crime the film will see Batman discover the corruption that exists within Gotham City while seeking out his target, the Riddler (Dano) who is an infamous serial murderer who targets the city’s elite.

In my opinion, the best Batman movie is The Dark Knight. Christian Bale plays Batman so well that many fans say he is the definitive portrayal of the character. He also has great chemistry with the late Heath Ledger as the Joker. This is one of the best movies I’ve ever seen.

A must-see for any Batman fan. When the Dark Knight uncovers corruption in Gotham City, he pursues the Riddler, a serial killer who preys on the city’s elite. What starts out as a personal vendetta quickly turns into an all-out war between Batman and the underworld.

I only hope the relaunch lives up to the legend of The Dark Knight.

The Batman 2022 Release Date and Where to Watch

The movie “The Batman” was expected to be released on June 2021, but was pushed back to March 4, 2022, due to the COVID-19 pandemic. It is intended to be the start of a shared Batman Universe, with two sequels planned and two spin-off television series in development for HBO Max.

It will be released in theaters only and becomes available on HBO Max April 19, 2022 (45 days after the theatrical release).

In the new still we can see Robert Pattison’s Batman reaching out for Catwoman (played by Zoe Kravitz). Although it is not much we will take every little bit we can get leading up the March 2022 release

An official new still from #TheBatman highlights the Bat and the Cat! pic.twitter.com/dJcm3gWhkI

The Bat and the Cat Trailer

From what we have seen so far, it looks like The Batman will be a strong box office hit for Warner and DC. I hope the storyline lives up to the hype and excited to see what Pattinson brings to the legend of Batman. Let us know your thoughts about the upcoming film in the comments below.