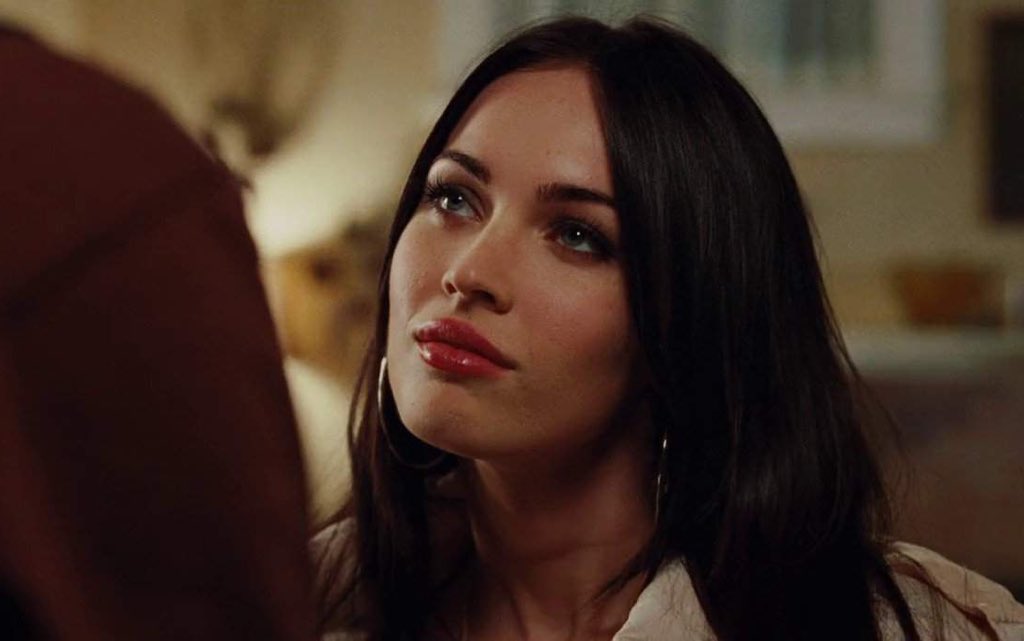 Megan Fox has shown time and time again that bras are a terrific alternative to regular tops in the public eye. No matter the circumstance, the actress has made it clear that she likes the look of a bra over a full-length top.. The same can be said for yesterday’s outfit as well.

She wore an orange snakeskin pantsuit by London-based designer Roberta Einer to the NBA All-Star game with fiancé Machine Gun Kelly in Cleveland, Ohio, on Sunday. A black bralette showed off her toned midriff in contrast to the patterned separates she teamed with the outfit. It was the perfect touch of eroticism to balance out her voluminous high-waisted slacks and long blazer’s gaudy dimensions.

Weekend so far has had a distinct flavor of Cleveland. In the Celebrity Game on Friday night, Browns defensive end Myles Garrett wowed the Wolstein Center crowd with a pair of powerful slam dunks. At the Rising Stars mini-tournament later that night, Evan Mobley and Isaac Okoro helped their side win with their contributions.

At the Taco Bell Skills Challenge on Saturday night, Mobley and the Cavs’ trio of Mobley, Darius Garland, and Jarrett Allen claimed victory with a half-court jumper he made on his first attempt. As part of the festivities that night, Karl-Anthony Towns and Obi Toppin won the Mountain Dew 3-Point Contest and the AT&T Slam Dunk competition, respectively.

The NBA All-Star Game is the final event. The Cavaliers’ reserves, Garland and Allen, will join LeBron’s squad. As he prepares for his first All-Star Game, Cleveland.com’s Ashley Bastock spoke on Saturday about Allen’s one-of-a-kind talent.

Other Megan Fox Sightings During the Weekend

Megan donned another another bra as a top during the NBA All-Star Celebrity Game just two days prior. When it came to making a flannel shirt look attractive, her brown sports bra was her secret weapon. While it helped that she left her top completely unbuttoned, don’t get it mixed up: The bra is what made this outfit.