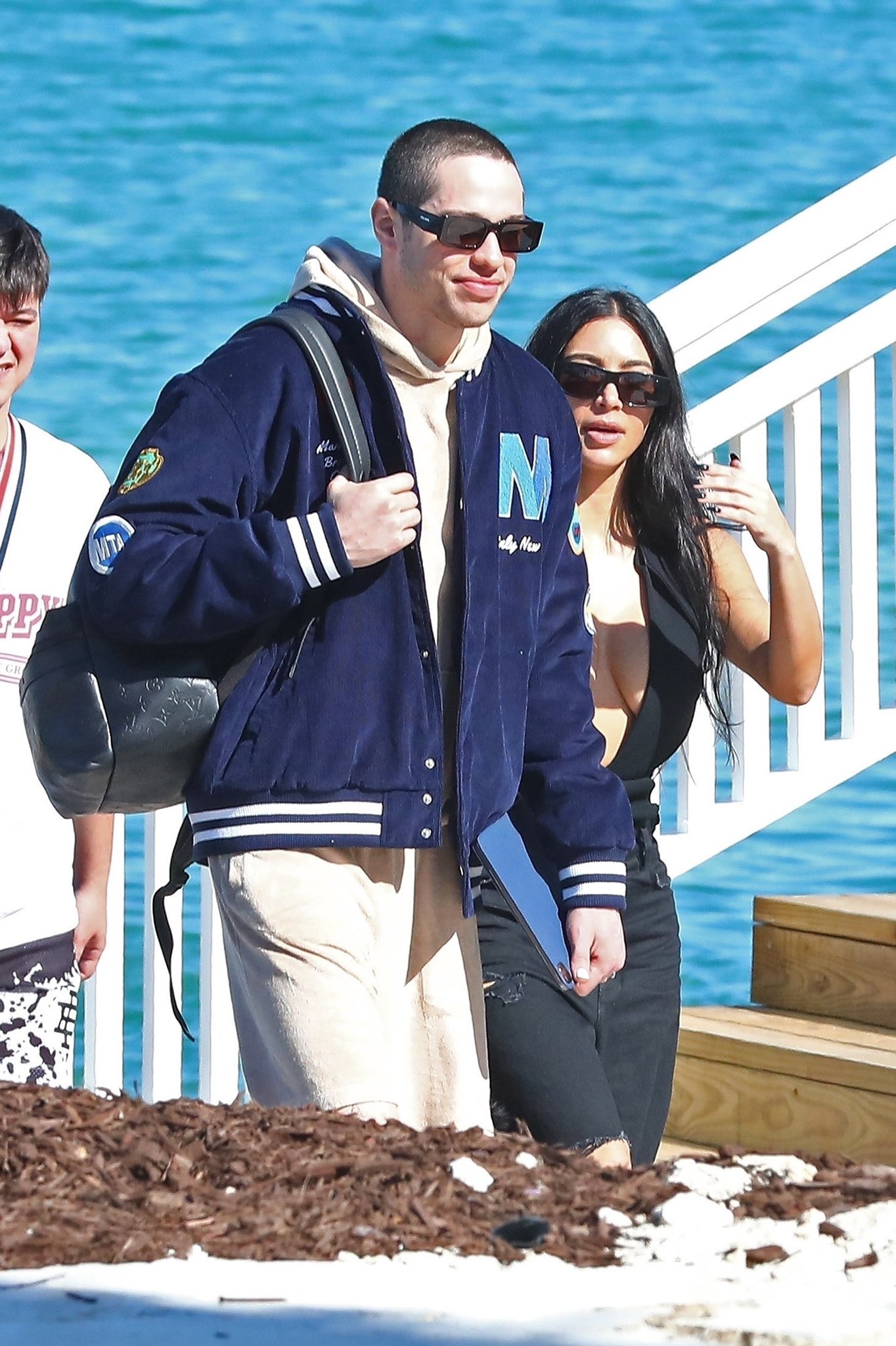 The Kardashian-Jenners have given their OK to Kim Kardashian’s romance with Pete Davidson!

According to Entertainment Tonight, Kris Jenner, Kourtney Kardashian, Khloé Kardashian, Rob Kardashian, Kendall Jenner, and Kylie Jenner all adore how the 28-year-old comedian has made the 41-year-old KKW Beauty creator happier than ever in the last few months.

According to the insider, they are also 100 percent committed to their romance, saying:

“Kim’s family absolutely adores Pete and welcomes the idea of their relationship with open arms. Kim radiates when Pete is around and the family really takes notice of that and respects Pete for bringing out Kim’s best self.”

Sighting: Bella Hadid Geared Up for Winter in NYC Sighting

“Kim and Pete are always laughing together and are constantly in hysterics. Pete brings out a side of Kim that she loves. She adores Pete’s sense of humor and their chemistry is on another level. Kim likes that he is so authentically himself. He’s also really sweet and always puts Kim first. They get along wonderfully and share a really special bond.”

However, the couple appears to be making an effort to travel back and forth between the coasts to make it work. The couple most recently wore their PDAs while eating supper at Jon & Vinny’s and getting ice cream at Rite Aid in El Lay. Extremely relaxed!

According to the insider, Davidson admires Kim’s ability to combine everything in her hectic schedule while still making time for their relationship, saying:

“It’s actually been really fun and easy and there’s no pressure. Pete loves that Kim is such a great, hands-on mom and also a boss. She has created an empire and Pete really respects that she has been able to balance multiple successful businesses and a stressful divorce all at the same time. He admires her class and thinks she is a supermom.”

Kanye West, her ex-husband, well, we all know how he feels about it at this time! While the insider claims Kim is unconcerned about moving on with Julia Fox, they claim the 44-year-old artist is enraged by Kim’s relationship:

“Kanye absolutely hates that Pete and Kim are dating and despises the idea of Kim being with someone else. He is definitely not cool with it. Kim could honestly care less about the women Kanye dates.”

Again, this comes as no surprise to us. In a leaked diss track, Ye threatened to “beat Pete Davidson’s ass,” so if that doesn’t make his feelings on the actor plain, we don’t know what will. But, as we’ve already stated, it’s beyond time for Kanye to realize that Kim is moving on and let her to be happy. We can only image how the KUTWK alum feels after witnessing him pull this double standard BS. At the very least, her family adores Pete!

What are your thoughts? Please let us know in the comments section below!