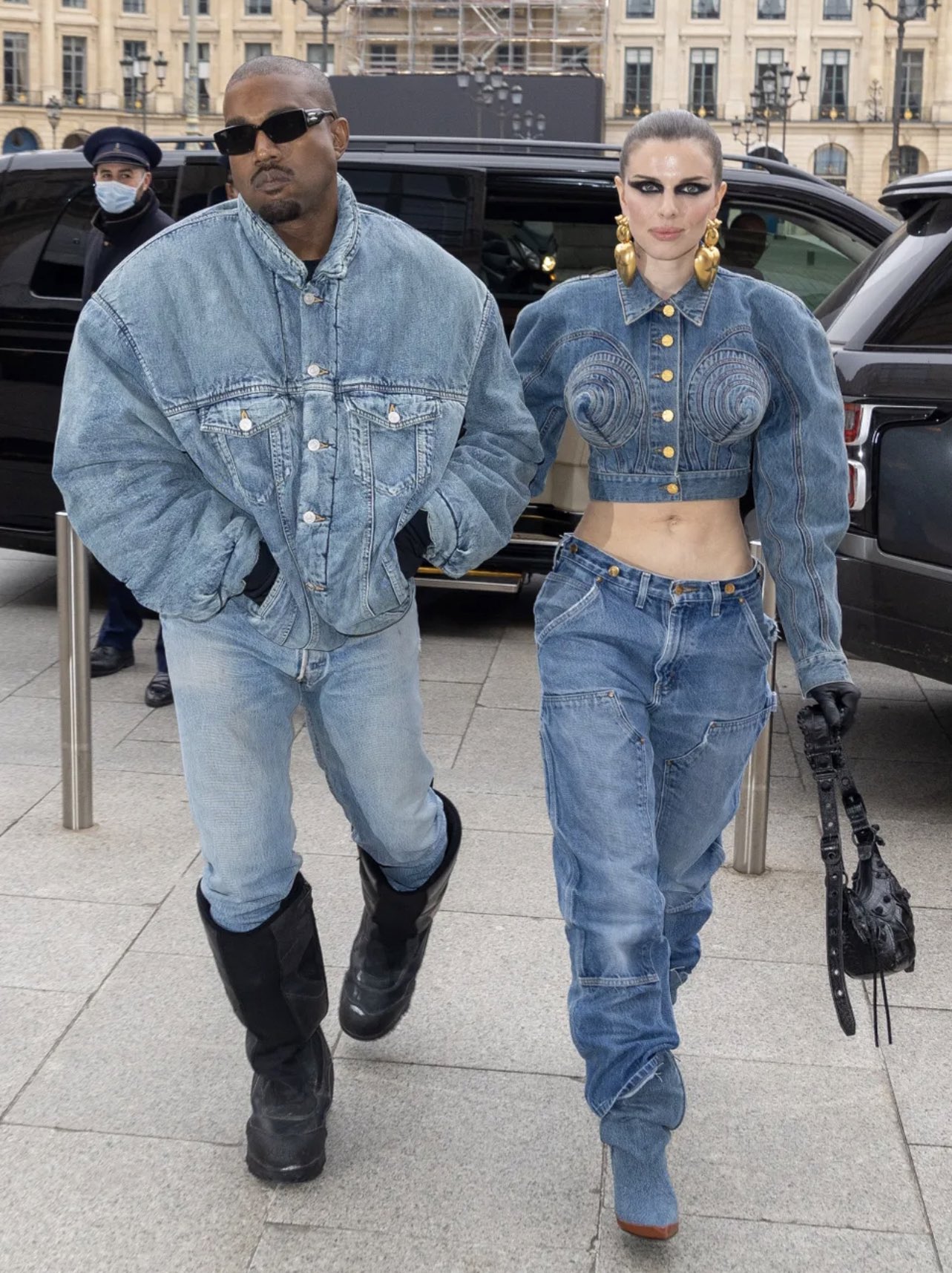 It seems like Julia Fox’s meteoric rise from cult actor to downtown It girl to one of the world’s most eagerly followed fashion plates has happened in the space of a few weeks.

It was no surprise to see her turn up at Paris Fashion Week this morning to attend the Kenzo show—the debut collection from West’s longtime pal Nigo, the first Japanese designer to oversee the company since Kenzo Takada himself—even if the style she chose to wear was far from expected.

The couple wore matching denim outfits and it is one of the boldest looks we have seen from Julia. Along with the crop denim top that shows off her figure she went with a winged accent for her eyes and pulled her hair into a tight bun.

You can see some of the photos of Kayne and Julia’s arrival below:

Paris fashion week is an event that takes place every year in France. It is the largest and most prestigious fashion event in the world. The first fashion show took place on October, 30 1947. The event usually lasts for one week.

What and who are you most excited to see this week. Let us know in the comments below.