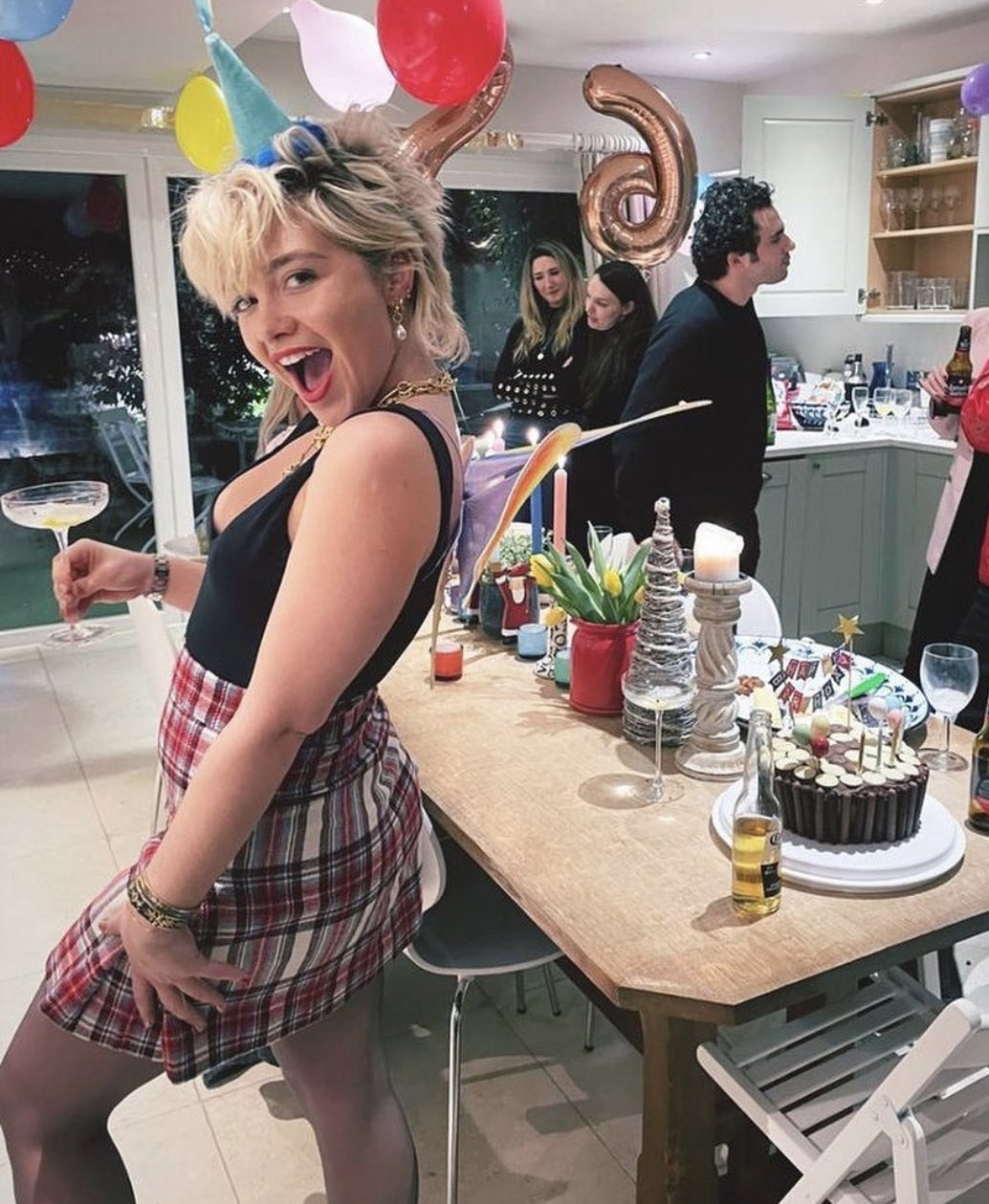 Wondering what star Florence Pugh is up to for the New Year and her birthday (Jan 03, 1996). She is kicking it in some chunky shoes and shorts as she recently shared on Instagram.

The Black Widow actress recently celebrated her 26th with a shout out to friends and family and looking back over the past 6 years of travel and film work.

Florence Pugh is a young English actress. She’s best known for her role as a violent young bride in the independent drama Lady Macbeth. She made her acting debut in 2014 in the drama film The Falling.

She played in the 2021 movie Black Widow as Yelena Belova. Yelena is the sister of Natasha (Scarlett Johansson) and daughter of the Red Guardian (David Harbour) and Melina (Rachel Weisz).

For 2022 Florence can be seen in the book adaption of The Wonder and Don’t You Worry Darling opposite Harry Styles. The movie is set to release in  September 2022.

A 1950’s housewife living with her husband in an experimental utopian community begins to worry that his glamorous company might be hiding disturbing secrets. It stars Olivia Wilde, Gemma Chan, KiKi Layne, Nick Kroll, and Chris Pine.

Celebrating on Instagram via some great shots Florence gave a shout out to friends and family who have gave her support and encouragement over the last 6 years of filming.

In conclusion, Florence Pugh is a talented young actress with many roles ahead of her. Her work has been recognised by the BAFTA, and she was also awarded a British Academy Children’s Award in 2019. She has a lot of potential and will no doubt continue to develop as an actress and entertainer in the future. What do you think?. Do you think Florence Pugh will be in another Black Widow movie to continue the story of Yelena? Or something completely different? Let us know in the comments below!