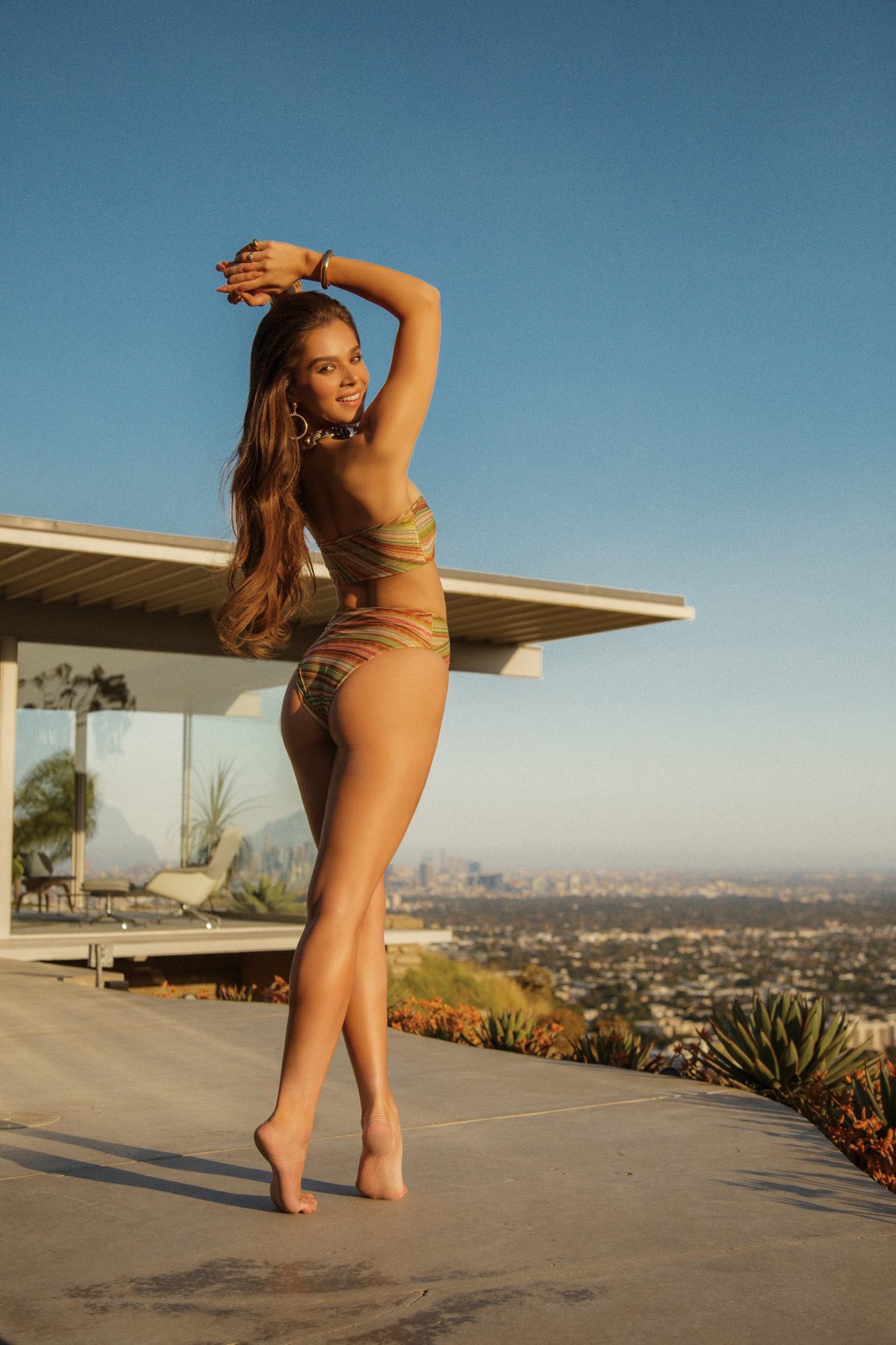 January is the darkest time of year for social media. With all the heavy snow, freezing weather, and dark days that come with it, it’s too easy not to stay in your pj’s all day long. The thing is, what if you’re a celebrity whose job it is to show up at events where they are required to keep their body looking good? Well, we’ve rounded up 10 different celebrities who shared some glimpse of their bathing suit and made January just a little bit brighter…FOR ALL!

This post with Megan Thee Stallion in a cutout bathing suit is just what the Dr. ordered to warm up those cold January days.

Kendall Jenner Bikini in the Snow

Kendell Jenner in a bikini reminds us why snow is sometimes a good thing. She completed the outfit with fur boots.

This January 25 photo set made headlines when the fashion star deleted and re-posted it when viewers detected what appeared to be a Photoshop error.

While on vacation in the Turks & Caicos, TikTok queen Addison Rae showed off her killer bikini physique.

On a yacht in the Dominican Republic in early January, singer Camila Cabello wore a little black string bikini.

Elizabeth Hurley showing everyone that age is only a number!

Hailee Steinfeld began her career as a child actor in The Coen Brothers’ True Grit, for which she won several honors.

As a result of her debut in Marvel’s Hawkeye on Disney+, Hailee has grown up and gained new fans. She seems to be a part of the MCU’s future.

Hailee, who celebrated her 25th birthday in December, wowed her followers by sporting a bikini-swimsuit hybrid.

It was a welcome surprise for her Instagram followers, who are used to seeing Hailee in a lot more clothing in her film appearances.

A swimsuit photo of Kate Bosworth, who just turned 39 in January, went viral after she shared it on social media.

It was her role as a surfer in the 2002 film Blue Crush that made her famous, and she still feels comfortable in a bikini.

She posted a couple pictures of herself relaxing on a beach while on vacation.

She captioned an Instagram photo of herself in a teal bikini with the words, “This is 39:).”

Rita Ora, a 2022 British singer, rang in the new year with a series of swimsuit images.

Ora has also worked as an actor, most notably in the Sky TV crime drama Twist, which premiered in 2021.

While vacationing in Australia, she wore a dark green bikini.

“I stayed here till I got at least one with a tiny bit of sun,” Rita stated in the Instagram caption. “I’m getting a vibe about 2022.”

After taking a look back through some of the best social bikini shares from January I am feeling a lot warmer now. I hope that you do too. If this was any indication of what we will be treated to during the colder months, here is hoping to a long winter.